My name is Joshua and I am a Singaporean based in New York. I design and engineer data-rich interfaces that are clear, effective, and insightful. During my career, I have worked on projects involving user interface design, user experience design, data visualization, identity design, infographics, and wayfinding signage design. My background includes projects for clients in Singapore, China, Vancouver, and London in both government and private sectors. I am currently pursuing an MS in data visualization at the Parsons School of Design, adding data science techniques, such as statistics and machine learning, to my portfolio.

The brief was to investigate the interior of something that is usually closed. This led me to pick Europa because I found it to be one of the most alluring celestial objects in our solar system. This unique moon of Jupiter exhibits a surface composed entirely out of an unbroken shell of ice. Scientists have inferred very strongly that it could be hiding a liquid ocean beneath – making it an exceptionally promising place beyond our planet to find life. Hence, I created a concept application to investigate its form, structure, and orbit. 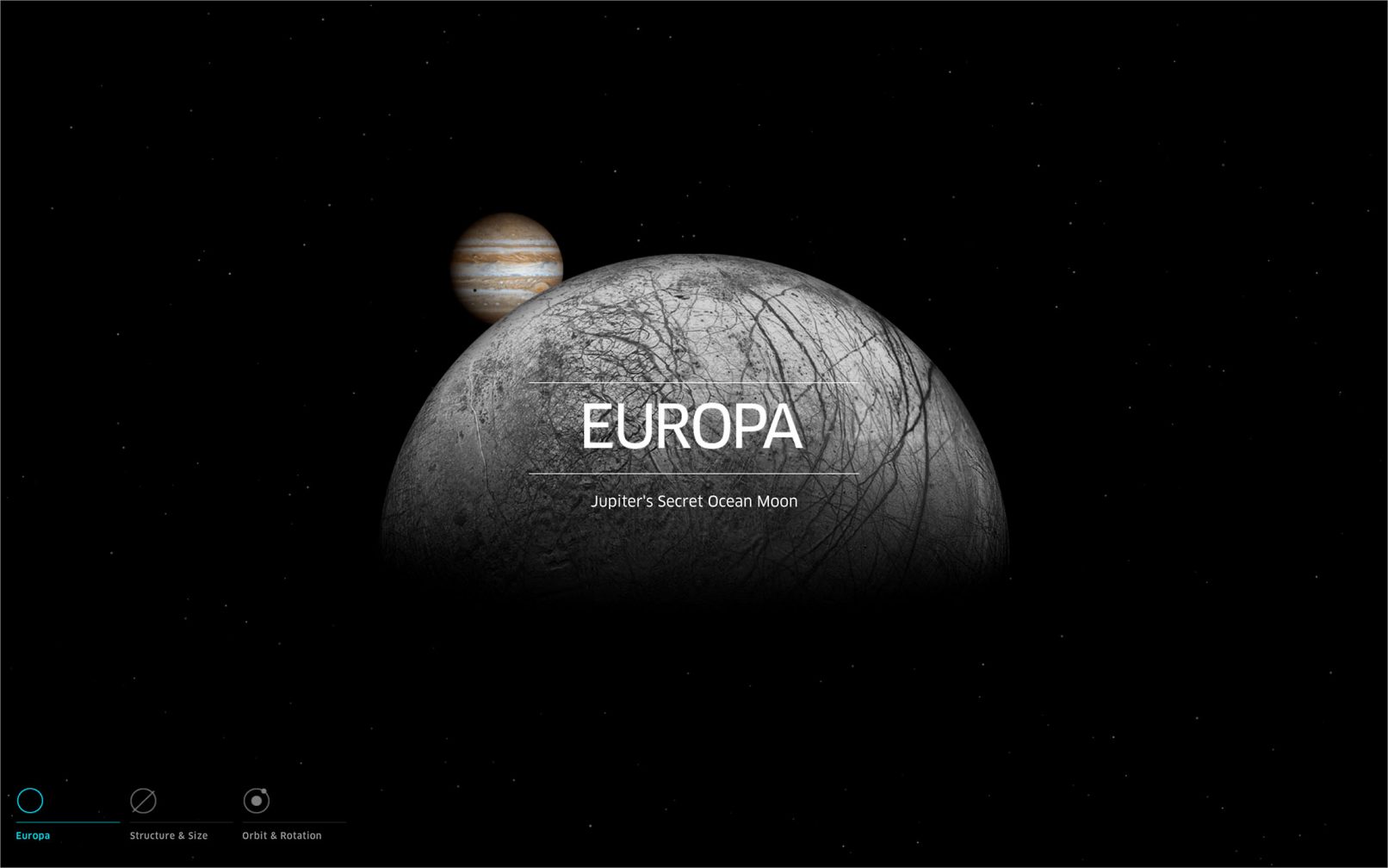 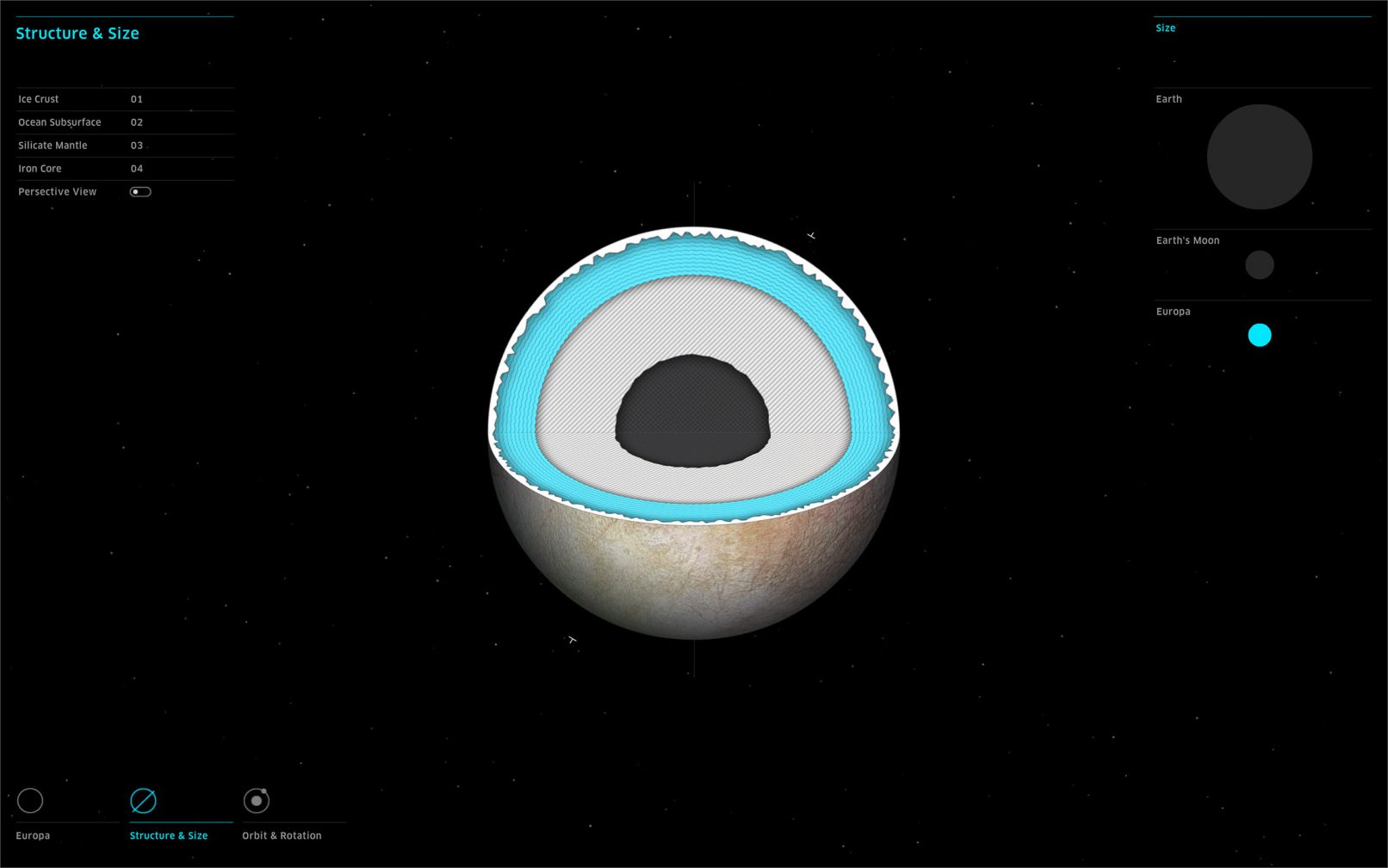 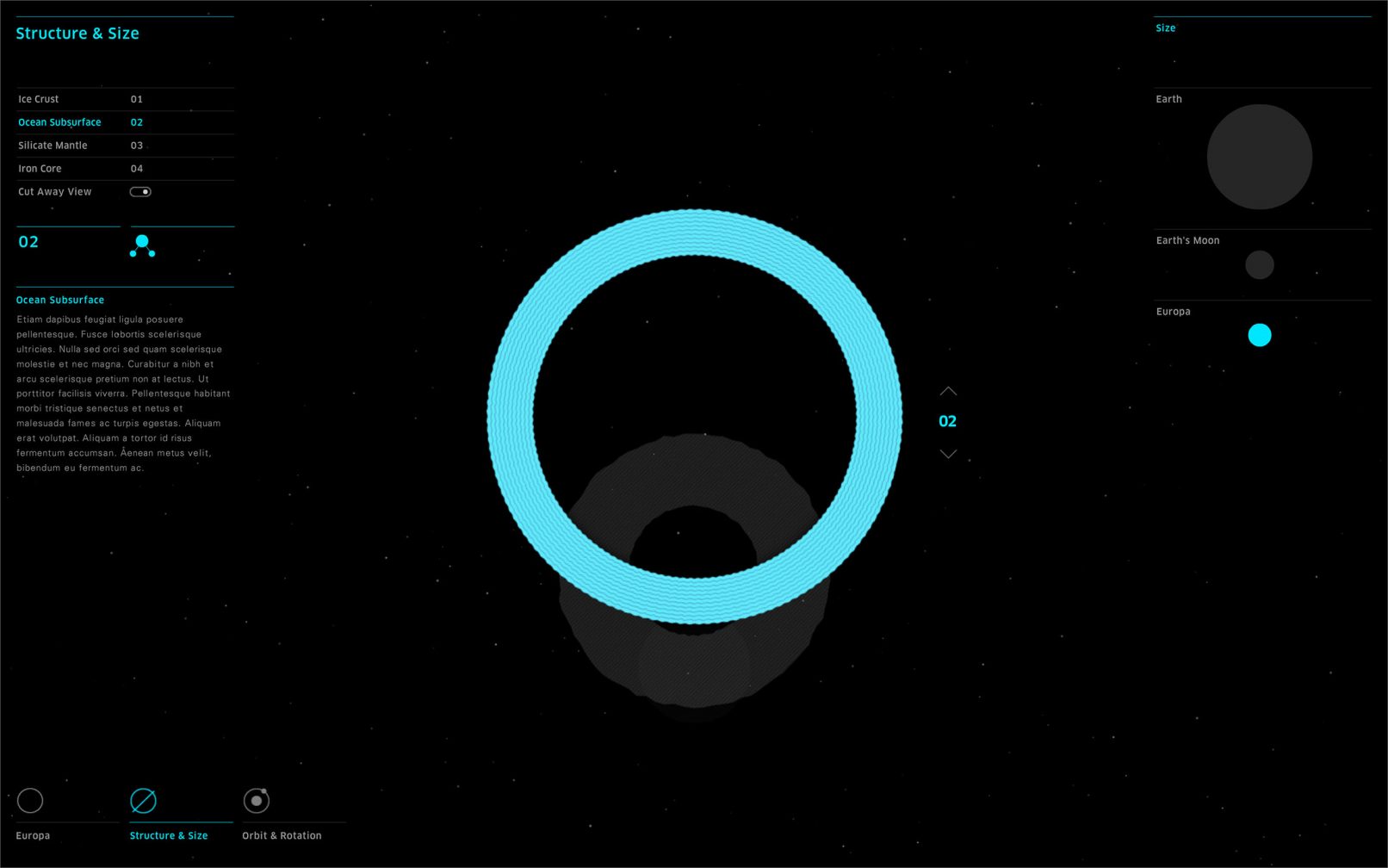 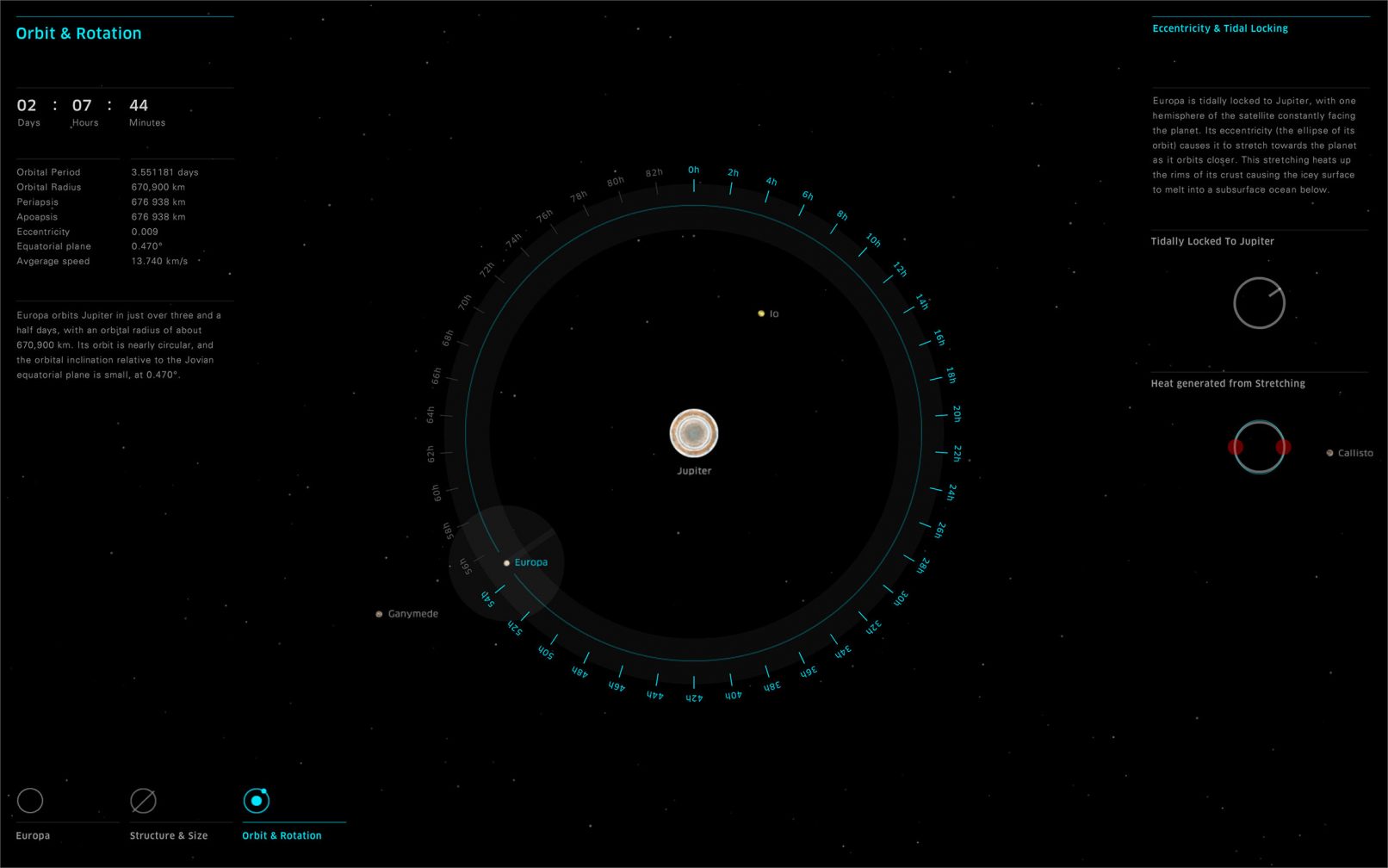 How Much Natural Gas is Left?
Collision 8